It’s probably not surprising that smoke alarms are required by Washington state law, as well as most other states and jurisdictions. And there’s a good reason for it — these simple alarms save thousands of lives every year. Still, more than a thousand people die every every year because their homes either don’t have smoke alarms or because those alarms failed in some fashion. 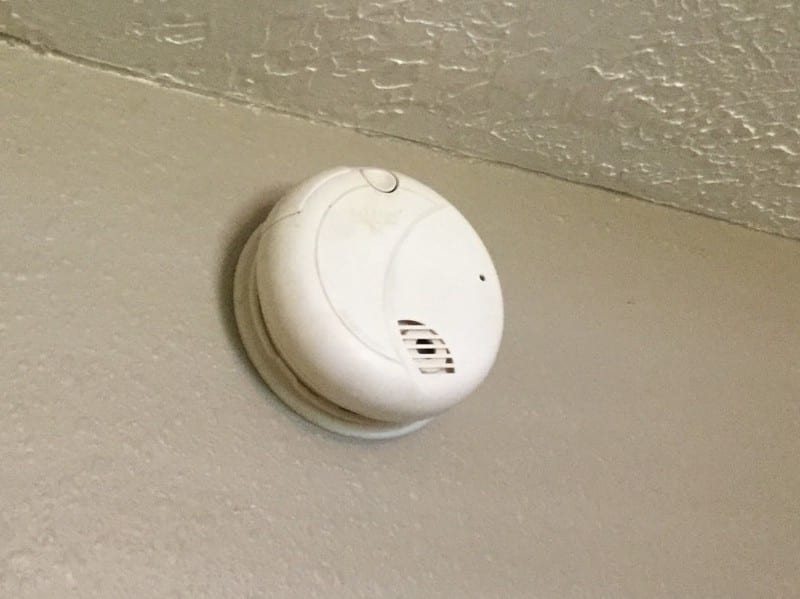 Having smoke alarms installed — and working properly — in your home drastically increases the chance that you will survive a house fire. Smoke alarms are the first critical early warning of a fire, which can be the difference of just a few minutes — or seconds — that allow you to escape. A 2015 report by National Fire Protection Association details just how critical smoke alarms are to survival in house fires.

Nearly 60 percent of all home fire deaths, according to the report, were the result of either not having an alarm or the alarm failing to operate.
This underscores the efficacy of smoke alarms. Again, from the NFPA: “[t]he risk of dying in a reported home structure fires is cut in half in homes with working smoke alarms.” What’s incredible is that almost five million homes still do not have fire alarms, according to NFPA research.
It is vital that you and your home inspector check the smoke alarms when you’re buying a home — once during the home inspection and again upon moving in. It’s also important that these alarms are installed in the correct locations and have functional power sources.
The age of your smoke alarms is also important — most smoke alarms are expected to last about 10 years, after which they should be replaced.

Here are some basic guidelines to consider when installing and maintaining smoke alarms:

For more detailed information on smoke alarm installation and maintenance, see the NFPA’s comprehensive guide. It’s recommended smoke alarms be tested monthly.
Washington state and Vancouver, WA have specific guidelines of how smoke alarms should be installed and maintained. If you’re renting, your landlord is required by state law to adhere to these standards. The challenge is that the state doesn’t impose much of a penalty on derelict landlords who violate smoke alarm laws — only a maximum $50 fine for each violation. Because of this, you may need to be vigilant for your own safety and seek out the equipment you need.
If you need assistance procuring and installing smoke alarms, here’s a resource.